Here are some of the basic functions that help users to understand order execution logic. 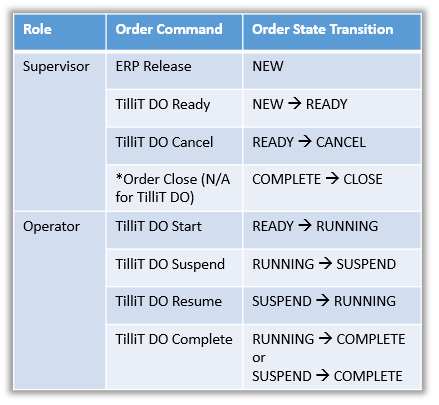 One Order at a time

As a best practice, only one order can be executed in a single resource/equipment at any given time.

If you cannot set the order into a running state, there might be an old order still running from the previous day.


At the initial creation of the activity, TilliT DO will set the task to "Unassigned" status and will be available for the designated User Group to claim.

The "unassigned" activity will be visible to the users with a greyed-out user icon. 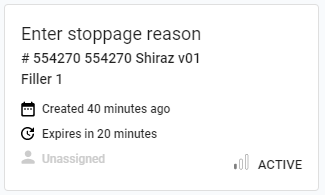 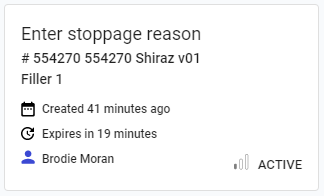 Note: A previously claimed task can still be claimed by a different user as long as the user belongs to the same user group. If the new user claims the assigned activity, the new user will be prompted with a confirmation screen. Once re-assignment is confirmed, the task will indicate the new user.

Up Next: Locking your screen